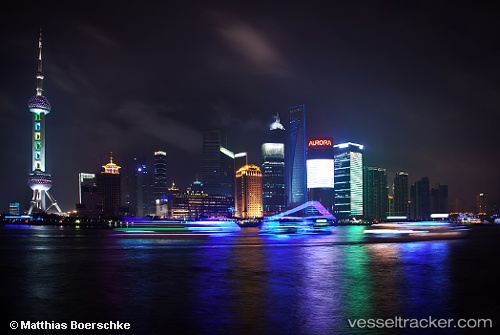 Some major Chinese ports delayed clearing goods from the United States on Friday, four sources said, potentially disrupting imports worth billions of dollars as the world’s top two economies head towards an outright trade war. News of the hold-ups came as Washington imposed tariffs on $34 billion of Chinese imports from 0401 GMT on Friday. Beijing had said it would retaliate with punitive measures on U.S. products worth a similar amount, including soybeans, pork and cotton, but it had not officially confirmed on Friday that they had taken effect. The port of Shanghai had put on hold clearing some U.S. imports through customs, said an official at a company in the coastal city, which handles customs clearance for importers. He had spoken to customs officials. There did not appear to be any direct guidance to hold up cargoes, but some customs departments were waiting until they had received official instructions from the central government on whether to start collecting the hefty new import tariffs on hundreds of products, the sources said.

Shanghai was the world’s busiest container port in 2017, according to a report by shipping consultancy service Alphaliner. Shanghai handled a total of 40 million Twenty-foot Equivalent Units (TEUs) last year, an 8.3 percent increase from the previous year. Singapore took second place, followed by Shenzhen, which ranked third on the list with 25 million TEU. Ningbo and Hong Kong were another two ports in China that made it into the top 10. The Alphaliner report also says that, thanks to the recovery in the global economy, the world’s busiest container ports enjoyed a 5 percent increase and recorded a total volume of 600 million TEU in 2017. Source: ECNS

There are some links in social media, promising a free trial for vesseltracker.com. The linked website is being used for phishing and attempting to collect login data from vesseltracker users.

In order to keep you safe: